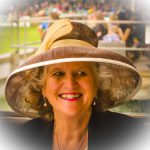 I achieved the BHSI in 1976 and then realised just how much I had to learn.  From owning Rooting Street Farm Riding Centre in Kent, 1987 – 2005, travelling the world in 2004 I then decided to settle in Co. Wexford Ireland where I am now freelance coaching competition students and pre – BHS qualification students.

In 2018 I was so proud to be presented with the BHS Bodynfoel Award at the enchanting Saddlers Hall in London.

In my third term of three years as Chair of this Association, I appreciate all the work from the hard-working committee and many others who strive to provide a platform for this elite group of professional coaches in an everchanging world. 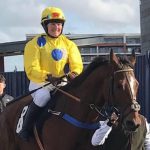 I’ve had my BHSI for 24 years and now on my 11th year on the F and I committee. I freelance, judge dressage (List 2a) FEI Ground Jury to 4 & 5* eventing. Former Assessor to BHSI level. Compete dressage and train point to pointers at home.  Organise the Annual Course and Badminton and Burghley course walks.

I’ve had my BHSI for 24 years and now on my 11th year on the F and I committee. I freelance, judge dressage (List 2a) FEI Ground Jury to 3 & 4* eventing. Former Assessor to BHSI level. Compete dressage and train point to pointers at home.  Organise the Annual Course and Badminton and Burghley course walks.

I look forwards to meeting up with everyone again over the next year and beyond. 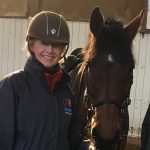 I evented throughout my teens, captained University Student teams internationally, then specialised in dressage.  Unusually I also have a business background, having a BCom degree, CA and CMC qualifications, and I worked with a major management consulting firm throughout the ’80s and ‘90s.  Having done the Landmark Forum in 1995, I went for and achieved my BHSI in 1996, and have been part-time freelance coaching ever since.
I am a BD Accredited Coach, BD Youth Trainer and Judge and work with local Pony Clubs and Riding Clubs.  I am also a co-founder of EquiPosture, using the principles of The Alexander Technique.  More recently I also became a BHS Approved Riding School Proprietor, running St Teresa’s School Equestrian Centre in Effingham, Surrey.
This is my second stint on the committee helping F&I, and once again I’m excited to contribute in whatever way I can. 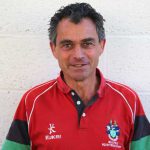 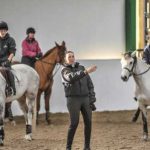 A BHSI, UKCC Level 3, British Eventing Accredited Coach and under 18 BE coach.  I am also the Education and Training Coordinator for Nottinghamshire and a Senior Lecturer at Nottingham Trent University, where I specialise in sport horse production, equitation and coaching.

I have been involved with selecting, breeding and producing many top young horses with BEF breed status and awards and have produced and ridden horses up to Advanced, three-star level eventing and am still currently looking for the all elusive four-star ride.  I have trained to PSG level dressage, competed up to medium level dressage and qualified for the BD National Championships.

I spent a long period of my early years riding a string of horses for owners and dealers, producing horses for sale for the show jumping circuit, competing up to foxhunter and small opens classes in British show jumping.

I represented GB at the British Riding Club European Championships and have ridden on many National equestrian teams throughout my professional equestrian career and have qualified horses on the equine pathway programme.

I am currently studying for a Master’s degree in professional sports coaching and UKCC level 4 as well as working towards being a listed dressage judge. 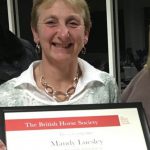 I left school at 17 and worked in a Riding school. In 1986 I took over the lease of a yard and ran a livery yard for 23 years, during that time achieving my BHS exams, alongside competing, and starting young horses.

I now run a stud and livery yard, “Horizon Oaks” on the edge of Epping Forest, and have bred a number of foals which are now competing with professional Dressage riders, and have bred the “Elite National Dressage Foal”. I freelance coach, and train many students for BHS assessments, alongside Assessing. I sit on the BHS Qualifications and Advisory committee. In 2018 I achieved a lifelong ambition of passing the Fellowship! Third time lucky. 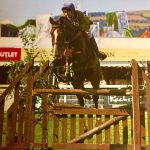 I grew up in North Wales, started out in a riding school, and attended the Northern Racing College in Doncaster when I was 16, hoping to pursue a career in racing.  However after some thought I settled for riding out for local National Hunt Trainers and breaking yards, alongside studying and completing my BHS exams.  In 2008 I became a student at Ingestre stables and came away 4 months later with enough exams to give me a platform to attempt to go it alone in the equestrian world. I gained my BHSI when I was 25, in 2014, and also hold a first class honours degree in Equine Science and Welfare, something that has led me to become a part-time lecturer for the Equine Degree at Glyndwr University in North Wales which I find very rewarding.  I am also enjoying my role as a BHS Assessor, alongside freelance coaching, riding, and breeding a small number of competition horses & ponies.

I am very lucky to have a small yard on the outskirts of Chester that I run alongside my partner Alice who is also a BHSI.  I am a huge National Hunt racing enthusiast and aim to organise more racing-themed trips for the F&I in the future. 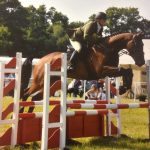 Participating as a BHSII in the then ‘Lloyds Bank Young Instructor of the Year’ finals consolidated my enthusiasm for coaching.  Further experience was gained working in differing spheres of the industry from the Atherstone hunt, polo, riding schools and eventing with international event rider Lucinda Green.  Following this I competed a number of horses for various owners across the disciplines whilst managing a large livery/competition/hunting yard at the base of the picturesque South Downs in East Sussex whilst achieving my BHSI in 1989.  This brings memories of many hours spent driving the tractor doing arena preparations for BD competitions in the days we all competed on grass!  I was then employed at the land-based Plumpton College which led to becoming Head of Department, prior to returning to freelance coaching and employment with both EQL and City & Guilds as an External Moderator/Verifier.  I am a BHS Assessor and spend any spare time enjoying freelance coaching, riding and competing my own horses, swimming and cycling on my mountain bike across the glorious South Downs. 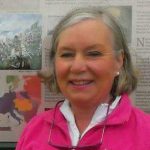 I am proud to be a BHSI, and an Assessor for BHS Stages 1 to 3.  I am an FEI International 4 and 5 star Eventing Judge and List 2 Judge for Dressage Ireland.  I am on SG GB BSHA, BSPS, Irish Hunter and Irish Pony Society Judges’ Panels. On Irish Pony Club Training Committee and A Test Assessor.

I am a Horse Sport Ireland Level 2 Tutor and  Level 3 Side Saddle Coach.  Formerly a lecturer in Kildalton College, now I concentrate on my private coaching Assessing and legal Expert Witness work.
I compete in Dressage and Show Jumping and I hunt with Waterford Foxhounds regularly. I train competition and recreational riders for all disciplines. I am passionate about equine education and appreciate all that F&I does to further our education.

The Association is a fantastic way for our members, who are all experienced and highly qualified people, to train together and discuss new ideas and training methods.  We plan to organise more training sessions for members in our area and to increase the number of active members we have. Please contact me if you have ideas for training days. 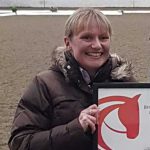